Becoming an Angel Alchemist in 2016

Do you wish to become an Angel Alchemist in 2016? Message us on Facebook if you do!


What does this actually mean? It means actively assisting the angels to support mankind and the Ascension Programme. And you can further this process by taking the Starter Angelic Light Body mini-e-Module which Jo Gill and I currently offer you on my Facebook page, and which I have just updated for this Nine-Vibration year (NB: Nine is the Ascension Vibration).

You may or may not have read my new course-in-a-book: Angel Healing & Alchemy - How to begin. If you have you will have worked with Melchisadec and the Sacred Seven; I hope you enjoyed it. What is the next step in Angel Alchemy?

The Starter Angelic Light Body mini-e-Module is the next step: you can become an Angel Alchemist because it teaches you a 9-Breath Meditation. Using Star Tetrahedron and Seed of Life (see pix), plus other sacred geometry, you re-create your higher self original Light Body (the Light Body you had before mankind’s various “falls from Grace”). By so doing, you also link yourself back into the sacred geometry matrix of the Universe itself: this means you attain personal Heart Ascension. You will also hold Seed of Life in heart, in a Diamond format with Seraphiel's help, and can send out healing fractals to All. 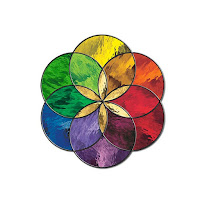 Sacred geometry and its numbers contain much mystery. Apart from the Sacred Law of Three of Hermes Trismegistus (he is involved in this, although he is not in the meditation itself), the course is about the numbers 6 and 5, corresponding to the sacred geometry and Dance of 6 & 5. If you have my published works, including the Harmony Angel Cards, and/or Angel Healing & Alchemy: How to Begin – Melchisadec, Sacred Seven and the Violet Ray, you will already know about the Five Pointed Star of Microcosm (man’s spiritual search for The Creator) and the Six Pointed Star of Macrocosm (All That Is: whole, complete, perfect). If you don’t already know, you will learn about this during the course. 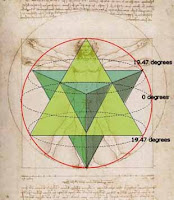 Nine is the vibration of Ascension; this course teaches a guided, daily self-healing and balancing meditation around Numerology of Nine. In the 9-breath meditation we work with the star tetrahedron which has 8 points and a central invisible 9th point, corresponding to a 9 major-chakra system. As you work with this you are raising your own vibration accordingly, therefore if you commit to the meditation, it leads to a huge expansion of spiritual consciousness as well as a deepening connection with all these angels; you are also doing a powerful, daily self-healing.

My eternal gratitude is due to wonderful Drunvalo Melchizedek who first retrieved a form of this Meditation (originally called Merkaba) for mankind about 30 years ago from Thoth.  Following angelic guidance, including from Hermes Trismegistus (angelic vibration linked to Thoth) I learnt Drunvalo's version in January 2000 and faithfully practised it for about 5 years, at which point I started developing my own Angelology version in 2003/4 with Seraphiel, ruler of the Seraphim. In 2005, Seraphiel (below) guided me that it was time for my simpler yet deeper version to stand alone.

This special Angelology version of the Light Body meditation goes deeper than the original because it holds the Ascension vibration, especially in this Nine year of 2016. I hope you will love the meditation so much you will commit to it daily for yourself as well as for Mother Earth and All.  But there is even more to it than that.  As well as swiftly expanding spiritual consciousness you will gradually be taken deeper into the arcane Angelic Mysteries.

I hope if you study this course it will prove as life changing for you as it has been for me and for my many past students. It is the first key step in becoming an Angel Alchemist, and that is only a begining, yet as with all healing and Light Work, the choice is always yours.

Angel author Angela McGerr discovered the angel Way of Love and Light in 1999. This is her blog, and her main website can be found at AngelaMcGerr.com